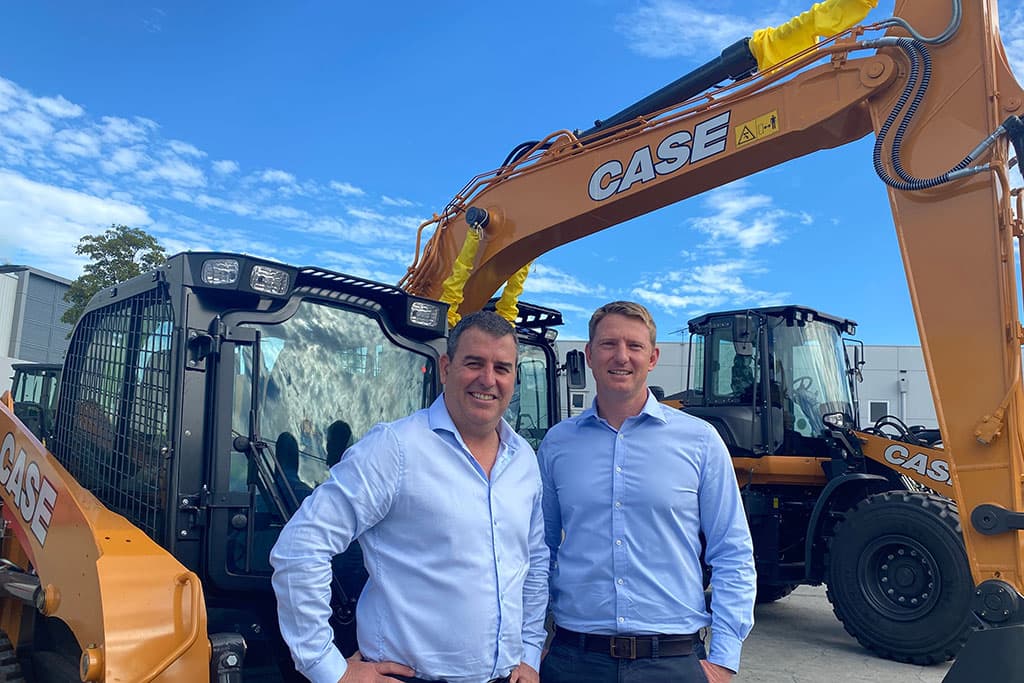 WA-based McIntosh Group has been appointed as the national distributor for Case Construction Equipment (CE) in Australia and as such is acquiring the Dandenong-based construction equipment dealership, Case Vic, formerly managed by CNH Industrial.

To facilitate this move, McIntosh Group has formed a third division of its business, McIntosh CE, which will be responsible for all aspects of Case CE distribution across Australia, supporting the current dealer network with sales, marketing, product support and parts.

Based in Perth, McIntosh CE will operate separately from the existing McIntosh & Son and McIntosh Distribution divisions.

McIntosh Group CEO, David Capper, said he is excited about the acquisition and believes it will benefit the brand and the dealer network.

“As distributor, McIntosh CE’s primary aim is to demonstrate our commitment to the Case CE product line and the existing dealership network, and the role they both play in the success of Case CE customers,” he said.

CNH Industrial Managing Director for Agriculture ANZ, Brandon Stannett, said he believes the appointment will benefit all parties, allowing each to focus on their core business.

“As one of our largest dealer groups, and as the distributor of our Miller brand, McIntosh Group is uniquely positioned to take the Case CE distribution rights and hit the ground running,” he said.

“CNHi is now able to reallocate our resources to ensure we can continue our strength in manufacturing and engineering market-leading agricultural and construction products.”

Along with Australian distribution rights of the Case CE brand, McIntosh Group has also acquired Case Vic, which will become part of the McIntosh & Son dealership group.

McIntosh & Son plans to retain the well-established Case Vic brand and Vince King will continue to lead the Case Vic team with support from McIntosh & Son.

“We are excited about the opportunity to bring Case Vic into our network as we recognise Case Vic as a high-performing business, with full credit to Vince and the team,” Capper added.