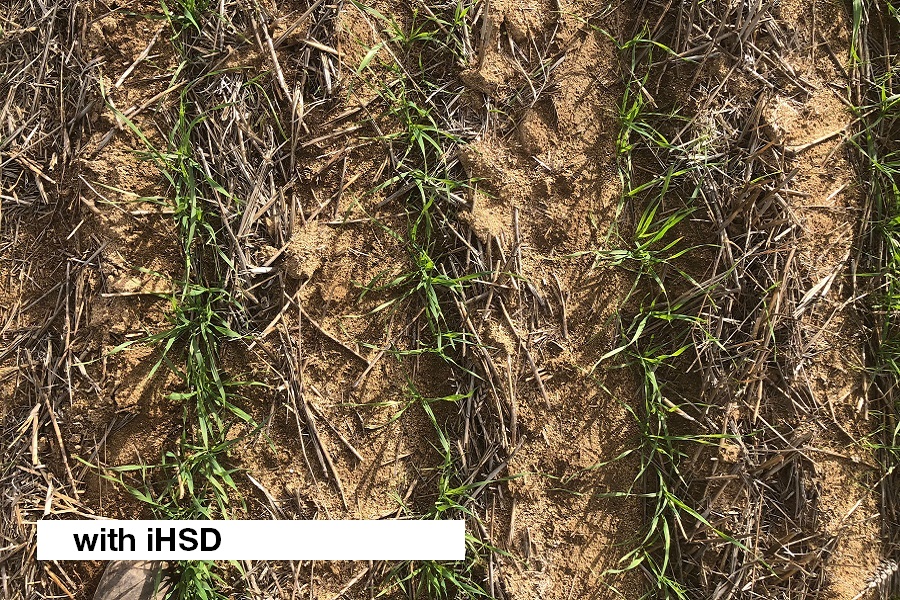 The reduction in weeds in the iHSD harvested area. 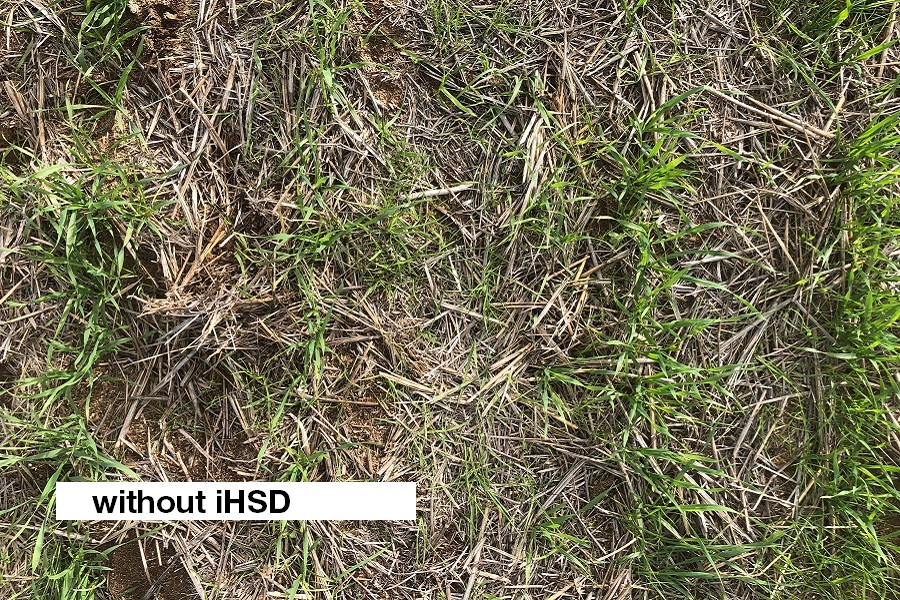 The weed population in the area harvested without the use of the iHSD. 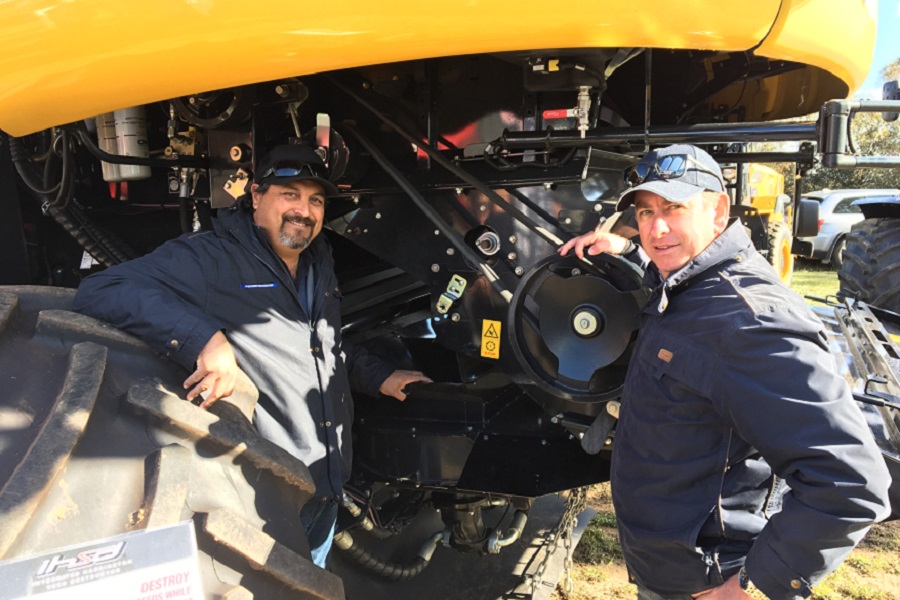 KEY developments are set to bolster harvester-integrated weed seed destructor technology, ensuring growers are even better prepared for herbicide resistance during the 2018 harvest and beyond.

The Integrated Harrington Seed Destructor (iHSD) continues to record up to 99 per cent kill rates of targeted weed seeds, and new adjustments have been designed to enhance its durability.

Comprising of two hydraulically-driven cage mills retro-fitted to the rear of the harvester, just below the sieves, the iHSD enables one-pass weed control.

Invented by Western Australian grower Ray Harrington, the iHSD was developed by UniSA with funding and support from GRDC.

SKF Engineering and DeBruin Engineering were enlisted to help develop the major upgrades, which have included a wider mill, a cooler relocation to assist with oil cooling and a total redesign of the bearings and housing.

“We have been working closely with growers and any issues that have been identified are included in these latest upgrades, which are currently being rolled out to existing clients,” Johnny said.

“Even before these upgrades, we’ve maintained kill rates at up to 99pc and growers using the iHSD have been happy with the kill rates they have been achieving.”

This year has also seen the iHSD being trialled in Europe, and Johnny said while comprehensive results were expected later this month, the feedback so far had been very positive.

“What we can say is that there has been 180 hours of harvesting done on European crops using the iHSD, with absolutely no issues,” he said.

“We look forward to getting further results on the trial later this month.”

The team from McIntosh Distribution has just completed the iHSD upgrades for WA grower Campbell Jones, who farms with his father, Brian, on their 5000-hectare property north of Wyalkatchem.

The family runs a total cropping enterprise, leaving up to 400ha out of the cropping program each year for a chemical fallow.

This year’s program comprises of wheat, barley and canola, and it will be their third season using the iHSD.

Campbell said they faced a typical wheatbelt broadacre weed burden, including ryegrass and radish, and had been increasingly mindful of herbicide resistance.

“Prior to getting the iHSD we were windrowing and burning, and we were finding that it just wasn’t an effective option for us,” Campbell said.

“Most years we weren’t getting a very good burn, so we looked at getting this system as another tool we could use to try and get on top of weeds.”

Campbell said he didn’t realise how much impact the iHSD was having until he saw a strip comparison on his property earlier this year, where the system had not been used and the weeds were clearly more prominent.

“It was pretty obvious where the iHSD had been on and where it hadn’t. One side was as clean as anything and the other was just dirty with weeds,” he said.

“We don’t expect an instant result with something like this. It’s something we’re using as a long-term tool to reduce the weed seed bank, so that was interesting to see.

“McIntosh Distribution and our local dealer, McIntosh & Son, have been fantastic. I can’t fault their service and any issues we’ve had, they have been straight out to help.

“We’re looking forward to seeing how the system goes this harvest with these latest updates. They look really good and I don’t think we’ll have any dramas.”