The Rise of ISOBUS 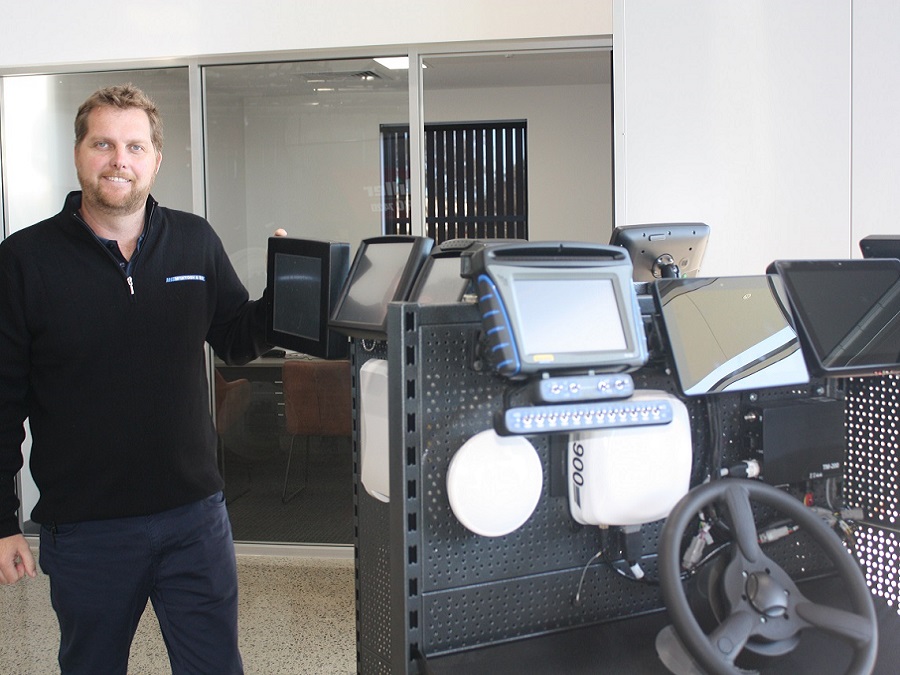 McIntosh & Son Katanning precision farming specialist Reece Salter with a selection of displays including ISOBUS-compatible models. According to Reece, ISOBUS is now on the rise but those interested should speak to a specialist to make sure they select the right precision product for their machinery and operation.

The precision ag market is leaps ahead of where it was 5-10 years ago, however with new technology comes new information –which can be overwhelming for a first-time user.

This is where the specialists can help. One subject that Reece Salter, precision farming specialist at McIntosh & Son Katanning, gets asked frequently about is ISOBUS-compatible.

Essentially we’re talking about a standard protocol that allows ‘communication’ between compatible computers.

Many people refer to it as ‘plug-n-play’ - for example, plug your connector from your air seeder, tug-a-long boomsprayer or hay baler to any tractor and away you go, with the in-cab display controlling the implement the tractor is pulling.

If an implement or a tractor breaks down, simply remove it, plug in the ISOBUS to the new attachment and you’re back at work. No more complicated cable and controller transfers.

It’s essential with farmers who have specific brand preferences and requirements as they can now experience efficiencies across their whole operation.

It’s a common practice in Europe and it’s starting to gain traction in Australia.

However, the key to ISOBUS is compatibility.

According to Reece the slow rate of adoption of ISOBUS in Australia can be put down to proprietary products that don’t automatically ‘talk’ to each other.

It’s the second level that can cause confusion if you’re not an expert particularly if you want to go into variable rate control or section control.

This requires a Task Controller, which is basically a software program that ‘instructs’ the towed implement to perform certain tasks, such as boom section shut-off.

“And it can be a problem when one brand of product attached to an implement communicates with a different, incompatible display and the information comes up scrambled.

This is easily resolved with an unlock code so the brand can identify itself to the display and populate the settings so it is ready to run.”

Accessing the unlock code is usually done through a precision farming specialist at your local machinery dealership.

The unfamiliarity of the symbols can be daunting initially, as they don’t make sense to some operators,” Reece said. “However, with the support of your dealership’s precision farming specialist and continual use, they become second nature.”

And for code errors, screen freeze or screen disappearing, a simple re-boot usually fixes the problem.

If you’re thinking of variable rate control or section control, you’re first step should be to contact your local precision ag farming specialist and bring a plan with you of what you’re trying to achieve.

BUS NOTE: If you want to do a bit of web surfing, check out the AEF (Agricultural Industry Electronics Foundation) web page. The AEF is a global organisation which provides information on plug-and-play capabilities between implements and tractors from different manufacturers