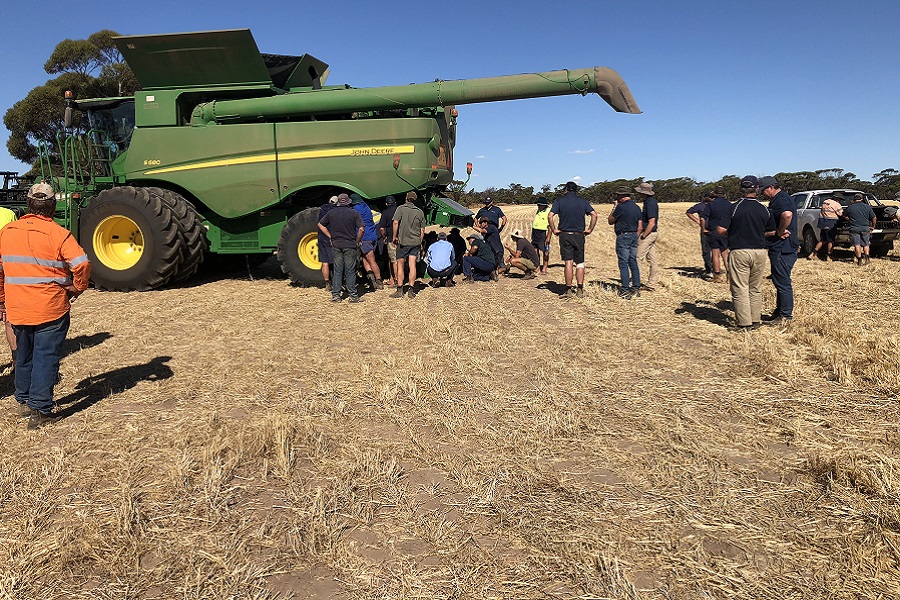 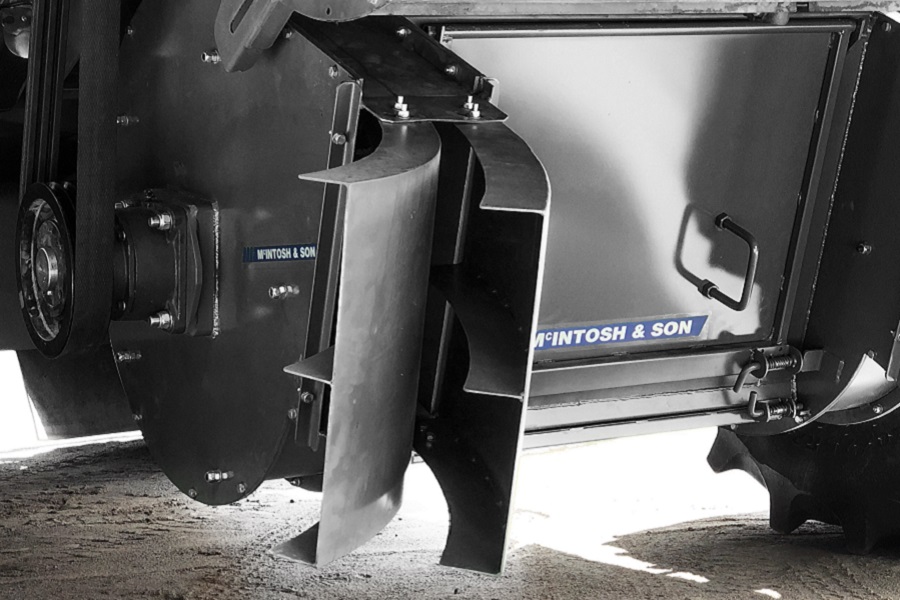 A rear hatch made possible with the new design of the vertical iHSD can be removed and the iHSD bypassed to effectively create a harvest windrow for easily checking grain losses, while a trap door at the bottom also collects any foreign objects coming into the system.

Harvester-integrated weed seed control is now within reach for so many more growers following the release of a vertical, mechanical-drive version of the popular Integrated Harrington Seed Destructor (iHSD).

It also comes with several new impressive features, but the biggest attraction for growers is its price tag, coming in at only $85,000 plus GST and fitting costs.

Peter Newman, Western Extension Agronomist with the Australian Herbicide Resistance Initiative (AHRI) and WeedSmart, said about one-third of the nation’s graingrowers were planning to invest in harvester-integrated weed seed control technology and the new vertical, mechanical iHSD was now a strong option.

Peter said many growers were waiting for harvester-integrated systems to become more cost-effective and reliable, and the vertical iHSD was a positive development.

He said he was super impressed with a demonstration of the system on a property near Carnamah in Western Australia last month following the testing of a number of machines in the State, and another harvest with more units would further confirm its reliability.

Invented by WA grower Ray Harrington and developed by UniSA with investment from GRDC, the iHSD has undergone continuing development by SKF Engineering and DeBruin Engineering, together with national distributor, McIntosh Distribution.

Devon Gilmour, Dealer Principal - Southern Branches with McIntosh & Son in WA, said the ongoing developments with the iHSD had inspired the team to develop a simple, alternative version based on the already high performing cage mills from the hydraulic-drive system, which could be driven consistently at 3000 RPM and achieved up to 99 per cent kill rates of targeted weed seeds.

“We wanted to maintain the mill system from the hydraulic version. With the capacity of the mills and the seed kill rate, we knew we had the right mill set to do the job,’’ Devon said.

“One of the keys was to drive the mill set consistently at 3000 RPM – the minute that drops off, it has the potential to compromise the mill capacity. The hydraulic system could always consistently achieve the speed and capacity and we have managed to match this with the vertical, mechanical unit with a belt set tested with only a 20 RPM variance of the target speed.

“We tested a mid range belt and it proved to be correct. We ran some of the units at 3250 RPM. We know that when you are operating at over 3000 RPM, you are not getting the drop in capacity and you are getting the kill rate.’’

He said new features made possible with the vertical design included a trap door that collected any foreign material coming into the system, as well as a rear hatch that could be removed and the iHSD bypassed to effectively create a harvest windrow for easily checking grain losses.

“With horizontal systems, anything coming through drops into the mill set and there has been concerns with fires from objects like bolts coming into the mills.’’

“With the vertical design, we have a massive cavity under the sieve, so there is no chance of bridging and we can have a trap door at the bottom. It is a significant cavity between the auger flighting and the trap door – anything coming in sits in that. For anything foreign to go into the mill set, it would have to go down and sideways.

“It also allows for sieve removal, except on John Deere headers with the one piece sieves.’’

Peter said measuring grain losses at harvest was particularly important and so the ability to open the rear hatch and disengage the iHSD belts to do this was a major benefit.

He said the stone trap would also help to limit mill damage from any foreign objects going through headers.

Devon said the cost of the vertical, mechanical iHSD was much lower since there was no need to run all the gearboxes associated with all other existing systems.

“There are no gearboxes and electric pumps. It is the most direct drive system you can get – and one of the beauties of the system is if something does arise, it is so simple to come up with a solution.’’

“The vertical iHSD will have a much broader appeal to the marketplace and can be driven off a much broader range of combines. It can also be easily fitted on-farm.’’

He said eight vertical units were successfully tested in some bulky crops during the WA harvest fitted to a range of header brands with various capacities, including a John Deere S680 and New Holland CR 10.90 with twin pitch rotor system, through to a New Holland CR970 that had clocked-up 4500 hours.

For the 2019 grain harvest, a limited number of 100 of the vertical, mechanical iHSD have been allocated for Australian growers.

A further demonstration of the system is also being planned for Friday, February 8 in WA in a standing crop on a property east of Broomehill. Interested growers can contact McIntosh & Son at Katanning on (08) 9821 7000.

For further information on the new vertical, mechanical iHSD and its role in reducing herbicide resistance and improving returns from cropping investment, growers can contact their local McIntosh & Son dealer.