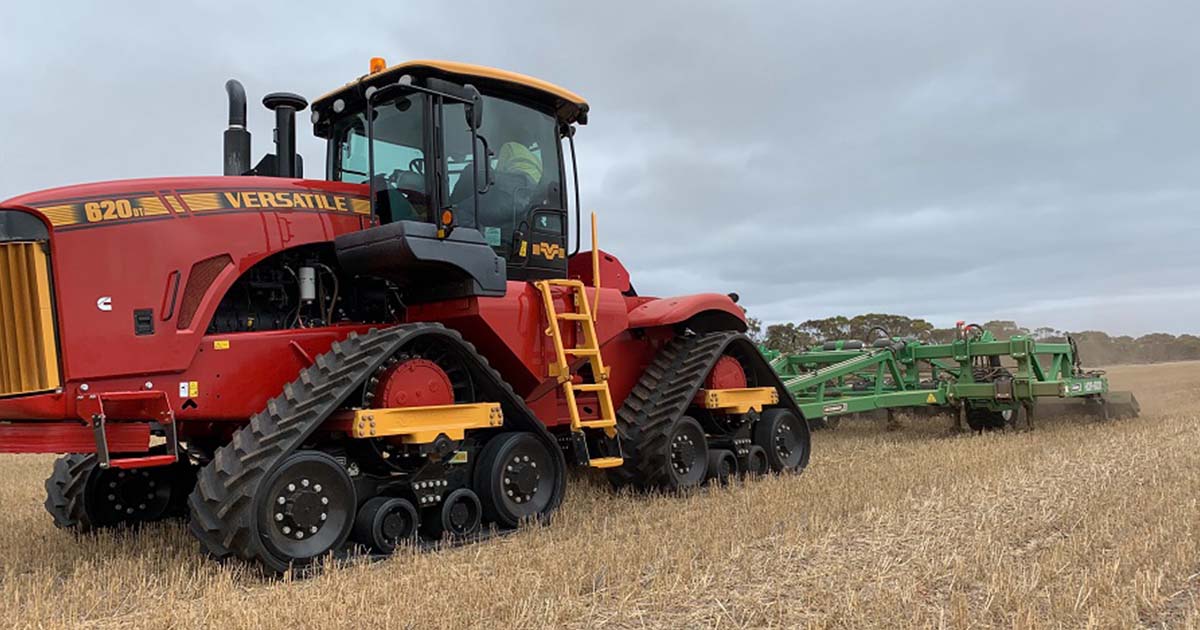 The company took on the franchise for all its branches last year and with good rains throughout the district in February, the Moora branch was able to link a 11 hydraulic tyne, 6.0 metre working width CTF model, to a Versatile 620 Delta Track tractor with a rated horsepower of 462 kiloWatts (620 horsepower).

According to Moora salesman Matthew Howard, the demonstration program and follow-ups with new owners, meant February and March were “flat out” for the Moora staff.

“The demonstrations were a huge success because we were able to do them in a range of soil conditions, with and without moisture. The feedback we got from owners was very positive, particularly on soil lift, soil shattering and working depth and the smooth finish and stubble residue with a crumble roller."

“It was obviously tough going in the dry dirt but we also demo’d after the rain and working was a lot easier and enabled us to go deeper.”

Gessner, which has its manufacturing headquarters in Toowoomba, Queensland, builds four HDR (hydraulic deep ripper) models with working widths from 4.5 metres to 6.5m and horsepower requirements ranging from 254kW (340hp) to more than 373kW (500hp).

“What showed up for us is the ability of the bar to work in a wide range of soil conditions from house pad yellow sand, to duplex gravel, bauxite and Dandaragan sands,” Mr Howard said.

“The parabolic-curved shanks are 32mm wide high tensile steel with a maximum working depth of 700mm and a breakout force of 6500 pounds (2948 kilograms). “And the shanks have an underframe clearance of 1075mm.”

The HDR comes standard with shanks spaced at 500mm with the ability to customise spacings and Gessner says it also can customer-build a model to horsepower requirements.”

“During the demo, we were digging between 500mm to 600mm, operating at 1850rpm with engine load ranging between 80 and 100 per cent, in dry conditions and varying soil types,” he said. “We were burning between 80 and 110 litres of fuel an hour and wheelslip ranged between nil and 15 per cent.

“Basically it was working to the conditions and it performed very well.”