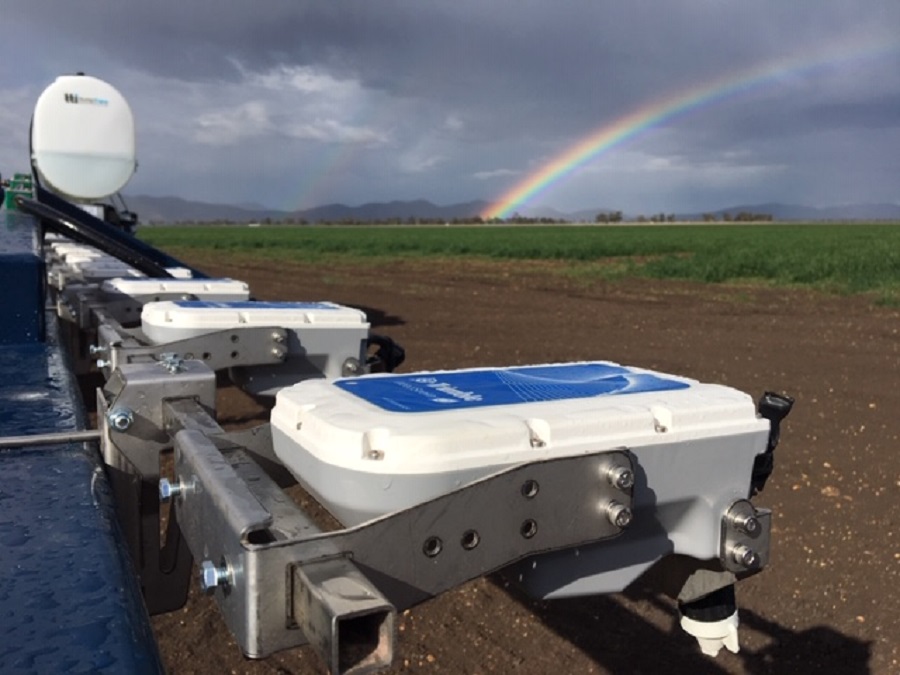 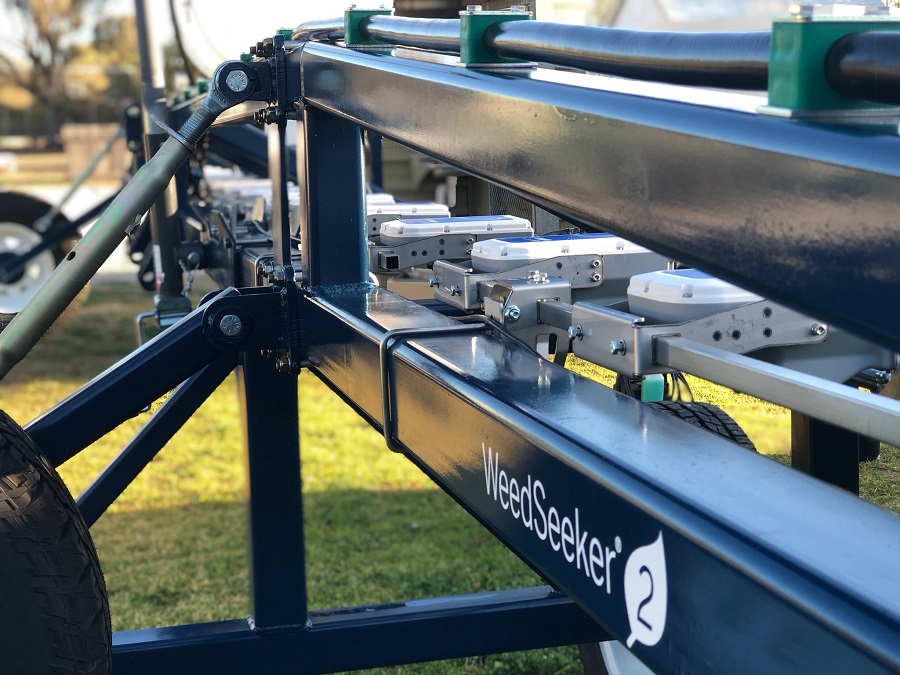 Trimble has upped the ante in the selective spot spraying market with the launch of the new generation of its WeedSeeker platform.

Building on decades of system knowledge, the WeedSeeker 2 spot spraying system has involved a complete redesign and introduces a number of new improvements and features, whilst also maintaining popular traits of the original product.

Jonathan Bent with national distributor, McIntosh Distribution, said testing in North America, Australia and Argentina had shown strong results with the new technology and demonstrations were now under way in Australia.

“WeedSeeker 2 is showing a lot faster response down to a 2-centimetre weed target at 20 km per hour,’’ Jonathan said.

He said the new WeedSeeker 2 sensors were 50% lighter and are now spaced at 50cm intervals.

“There are effectively 30% fewer sensors, adding up to a significant reduction in overall weight on booms, and they line up with most common sprayer nozzle spacings, allowing ease of plumbing.’’

The 50 cm spacing also provides for double the resolution of other systems on the market when targeting weeds.

“Alternate systems have sensors spaced at every metre along booms, but if there is a significant stubble burden, the sensor light doesn’t get through the stubble easily to detect weeds,’’ Jonathan said.

WeedSeeker 2 continues to use two light sources, both infrared and near-infrared, for the most accurate detection of all weeds linked to the chlorophyll present.

“The dual frequency light band has proved to be important in dusty conditions and where the background can change,’’ Jonathan said.

He said a new universal ISO interface suited to ISO platforms for operating WeedSeeker 2, including rate control, steering and mapping, which showed where spraying had already been completed, was a big plus.

The new WeedSeeker 2 technology is set to be displayed at upcoming major agricultural machinery field days around the country.