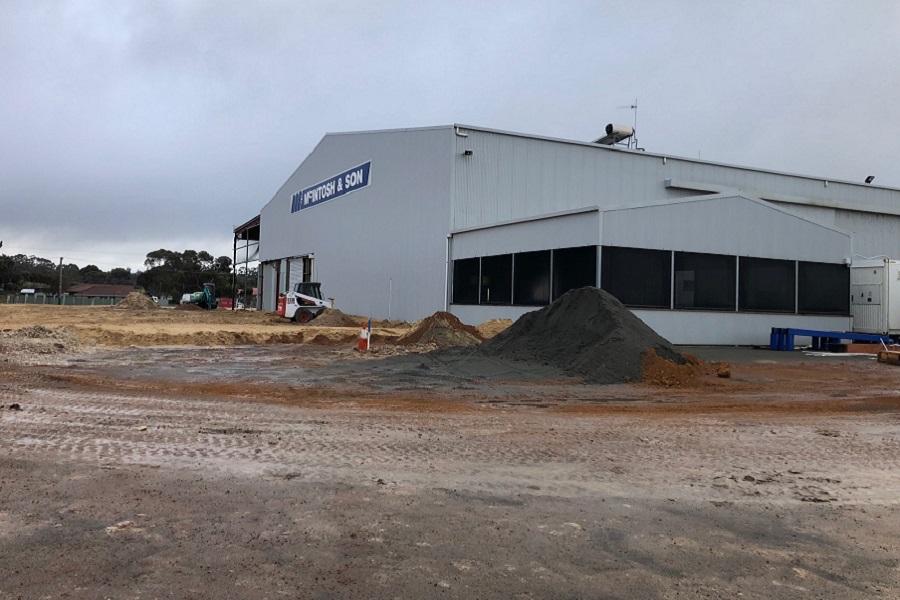 McIntosh & Son is a making a multi-million-dollar investment in its Katanning branch.

It involves an expansion of its existing premises to house a bigger parts division which will become an additional parts distribution centre option for the company’s branches at Albany, Esperance, Kulin and Katanning.

But the parts division is the centrepiece of the new building which covers 42 metres by 35 metres.

It will be the biggest agricultural machinery parts storage in regional Australia with the capacity to hold 1000 pallets.

According to Katanning branch manager Devon Gilmour, it will herald new automated technology to increase efficiency and timeliness.

“Parts supply is a major consideration for the industry and parts stock in regional locations where the equipment is being used makes sense,” Mr Gilmour said.

“We want to continue to provide the best year-round service possible to our customers and this new approach will ultimately be a big improvement.

“We’re investing in new automated technology because it will allow us to continually improve on our service delivery.

“Our parts staff do a great job and are key to ensuring effective service, but their endeavours will be further supported with the state-of-the-art facility.”

The new process being adopted revolves around automatic parts selection with lights identifying which part needs to be selected from the ‘bin’.

The part also carries a bar code enabling identification and audit proof it has been taken from the bin location.

If more than one part is required, a sequential pattern is established based on order numbers logged into the computer, allowing automatic multi-tasking to identify other parts in the bin that need to be taken for multiple orders.

The program provides an ‘intuitive’ control so items such as bolts and washers are placed together.

“The new parts distribution centre will also store new whole good parts and components that arrive with new machine deliveries into the dealership.

“It will be easier to match parts to machines quickly and accurately for the workshop so we’re picking up time efficiencies right through the system.”

According to Mr Gilmour, the new project is a considerable confidence boost for agriculture in the region by McIntosh & Son.

“The locally-owned family company continues to prove its commitment to the industry and sending a message it is here for the long -term,” he said.

“When we built our existing workshop premises in 2010, the workshop was considered excessively large at 120metres long and 35metres wide, however, given the use, it underlines the importance of planning for the future.

“That’s what we’re doing with this new building, because we’ve planned room to expand.”