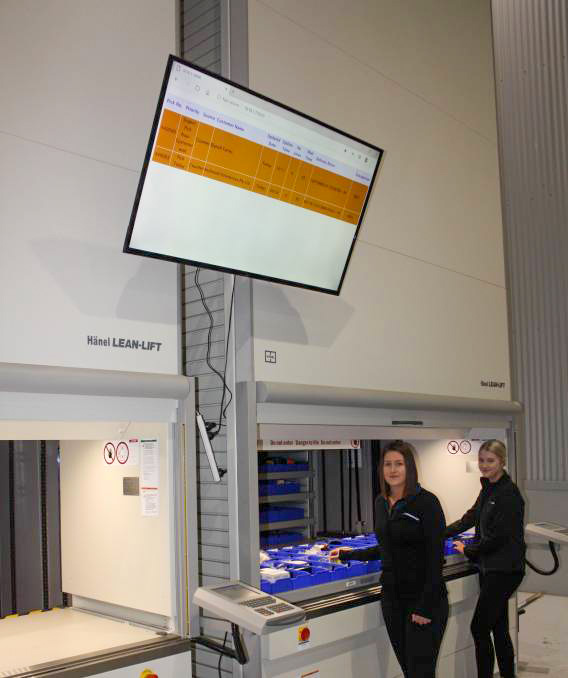 The content will be specific to the agricultural industry and will add another career pathway for those seeking job opportunities in regional WA.

The course has been written internally by McIntosh & Son’s RTO team.

The first intake of students for the course will be January 2021, after which the company will submit for industry certification as the first parts certificate course in Australia.

According to McIntosh & Son southern branch manager dealer principal Devon Gilmour, the parts course reflects the growing demand for skilled people “in all facets of a dealership”.

“Changing technology and the way we and our customers are adjusting to it with customers has seen a whole new paradigm within our dealership,” he said.

Mr Gilmour said when the dealership applied to become an RTO, it always had the vision of it evolving as a needs basis.

“Initially the focus was on service to create more apprenticeships but the variety of job job opportunities we have has meant we’ve taken a hard look at how we can accommodate training for those jobs which includes sales, assembly, auto-electrical and parts.

“With no recognised parts course in Australia, we decided to write our own and submit for government backing.

“We’ve been very pleased with our initial two year apprenticeship intake, proving the success of our RTO and that the company’s significant investment was well worth it. A lot of companies can’t believe what we’re achieving as an RTO and the massive investment we are making, including an outlay of $20,000 per year per student. a year for course students.

“We have two full-time lecturers and one part-time to manage the various courses and government compliance required."

According to Mr Gilmour, the RTO component of the dealership group - squarely aimed at building up a skilled workforce - is unique.

“Traditional training and education has always been in the government’s domain,” he said.

“But this is industry-led with a different philosophy on training and we’re in control of it.

“We’re in a different set-up now from just having a parts counter and it’s the result of learning processes to manage the size and scale of our business. after officially opening the new Katanning premises last year.

“What we’ve designed at Katanning is a complete redevelopment to create a parts hub that houses stock for our major franchises New Holland and PFG (which includes Versatile tracked tractors) and provides a hub for parts distribution to their southern branches and regions.

“As well as experience staff on our parts counters, we have a streamlined computer bar coding system that quickly identifies parts and locations within the warehouse to shorten wait times for customers wanting to pick up parts."

Mr Gilmour said the multi-faceted nature of the parts division has also resulted in the appointment of a new parts manager with a skill set to manage “all facets of the parts business”.

“Again it reflects the new opportunities that are arising in dealerships not only for trainees and apprentices but also for career management positions.

“We are encouraging the idea among staff to find their fit in our business. We’re supporting them by identifying and recognising their skill sets, which has already seen a qualified service technician who recently completed their apprenticeship switching to become a parts interpreter.

“We talked with him about how he was going and it resulted in him moving to a position he was more suited to and importantly, wanted to do.”

McIntosh & Son opened its Katanning branch in 2001 with a staff of 12 and now employs 120 throughout its four southern branches.

Staff retention is high with an excess of 20 staff achieving more than 10 years service.