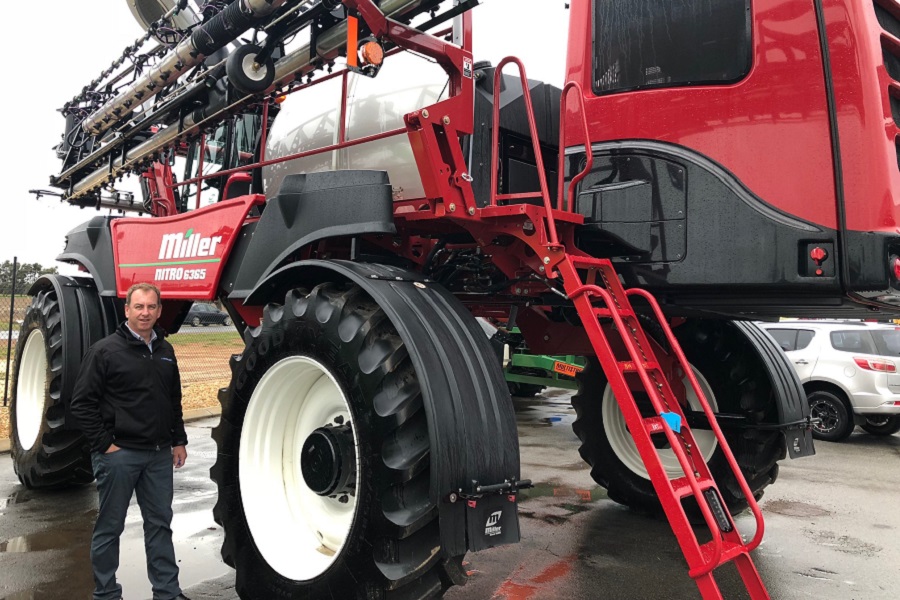 (image) Dealer principal for McIntosh & Son's southern branches, Devon Gilmour, this week announced the appointment of the company's Esperance branch as the local dealer for the Miller, WeedSeeker and LiuGong product line.

Since opening its 10th retail dealership in Esperance just over a year ago, McIntosh & Son continues to work hard to support farmers in the region, and this week were appointed the local dealer for the Miller, WeedSeeker and LiuGong product lines.

Dealer Principal for McIntosh & Son’s southern branches, Devon Gilmour, believes this is a positive development for growers in the area who will appreciate the McIntosh “one stop shop” - including a comprehensive range of product lines and associated service provision, as well as an extensive parts catalogue.

The Esperance dealership has steadily grown since the dealership’s inception and the addition of these new product lines will assist in continued growth. According to Mr Gilmour, “our staff have always been one of our best assets – if we look after our staff, we know they will look after our customers.”

McIntosh Distribution, the national distributors for Miller, WeedSeeker and LiuGong, believe this new appointment demonstrates McIntosh & Son’s ongoing commitment to the agricultural industry in the Esperance region. Cam McIntosh, Director of McIntosh Distribution, is confident about the expansion of the Esperance dealership, stating that “the farming community will no doubt benefit from the level of support from McIntosh & Son’s vast and experienced dealership structure.”

McIntosh & Son Esperance will be hosting a Miller Owners Day in August, and will soon be arranging area demonstrations for the Miller Nitro 6333 with Spray-Air.