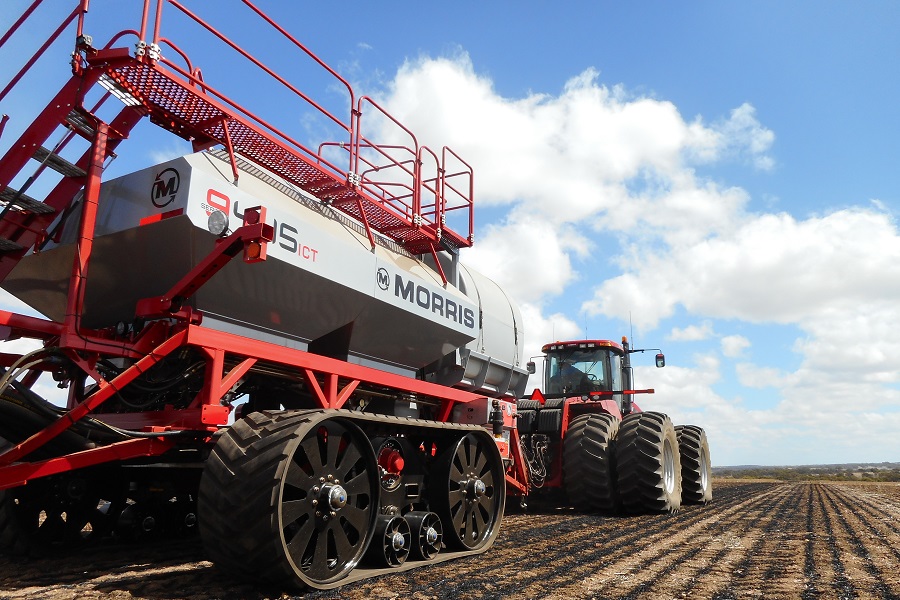 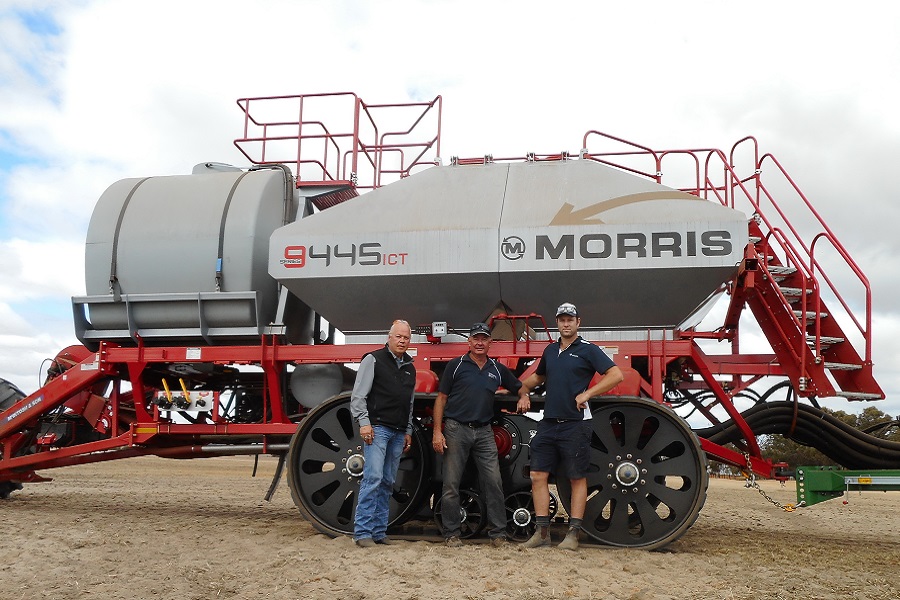 THIS season marked a milestone for the Thompson family, with their first official crop sown and establishing well.

Having built a successful crayfishing enterprise, last year the Thompsons looked to diversify and took on a 2632-hectare property between Walebing and Gabalong.

Trading as Generation Ag, this year brothers Mike and Dave Thompson, together with Mike’s son, Mike Junior, and his wife, Kate, planted a program of wheat, barley, canola and lupins with the help of their team.

Being newcomers to the cropping industry, Mike Jnr said they sought advice on the most suitable agronomic practices for their land and which machinery and technology to invest in.

Much of that advice came from local professionals, but they also spoke to many growers about their experiences and recommendations.

With that in mind, after an on-farm visit by the team at McIntosh & Son Wongan Hills, they ordered a Morris 9445 air cart, fitted with Input Control Technology (ICT) and a 7000-litre liquid tank.

In an Australian-first for McIntosh, the company then custom-fitted Elmers Transfer Tracks to the Thompson’s air cart at its distribution centre in Perth.

Mike said they wanted tracks to reduce compaction of the wide range of soil types on their property, and they also planned to implement a controlled traffic system on 3-metre tracks.

“Being able to have the tracks custom-fitted to the air cart made a big difference for us, but in the end it was the section control on the Morris that sealed the deal when we were deciding which air cart to go with,” Mike said.

“It’s pretty hard to get a grip on it when you haven’t done it before, but my Dad (Mike) spoke with the Chippers from York, who have used the ICT for a few years and are very happy with it.

“I guess that’s the good thing about not having experience with any of this machinery before. We can ask around and see what other farmers rate the highest and go with that.”

It works via GPS and the Topcon X35 controller with the Morris carts, using the gear drive system for the metering wheels to quickly engage or disengage, allowing instantaneous shut-off.

The Topcon X35 also allows users to manage and control applications via mobile devices such as tablets and smartphones. The app and bluetooth connectivity provides a mirrored view of the in-cab monitor, allowing calibration of the air cart without having to return to the cab to enter data.

It runs individual metering wheels that can stop product immediately, however, the system remains primed with product and as soon as it re-engages, it is back in the air stream.

Mike said they had received fantastic support from McIntosh & Son Wongan Hills, who had come to the farm to get them set-up and calibrate the system and were on-call whenever they needed assistance.

With a team of long-term experienced staff, some of who have been there for more than 40 years, the branch prides itself on providing a high level of service and support to growers and it certainly proved that way for the Thompsons.

“We’re greenhorns so we don’t know any better, but from what I can gather it all went pretty smoothly. We only had a few minor issues over seeding,” Mike said.

“The support we’ve received from Dave Thorne (McIntosh & Son Wongan Hills Sales Representative) and the team has been great. They have been so helpful and I can’t say enough about them – they have gone above and beyond for us.

“We’re enjoying the whole process, especially now we’ve had a bit of rain!”

Dave said the Thompson’s new Morris air cart was a perfect example of how the company could modify products to suit customers’ needs.

While the tracks were a first, he said liquid kits were one of the most common requests, estimating that they fitted them to 80 per cent of the Morris air carts they sold.

“Each customer has certain requirements for their operation and through our distribution centre in Perth, we have the ability to customise for a range of requests,” Dave said.

“In this case, it was actually quite a simple process having the tracks fitted. They just bolt on to the existing hub.

“So there wasn’t a long delay and we could get the system delivered on-farm when the Thompsons needed it and set up for their first seeding.

“We provided support as we would any other client, although with the family being new to cropping it was quite daunting for them tackling the new machinery, so we were mindful of that.

“They are very successful in their other businesses and they are applying the same level of commitment to their cropping enterprise, which is why they selected the machinery they did.

“Morris has always run a good, simple system and even though the ICT is more complex, it is still simple in design and operation.

“I believe that’s one of the reasons their air carts are so popular and we sell a lot of them in this region, with the ICT being a feature that many growers are keen to have,’’ he said.