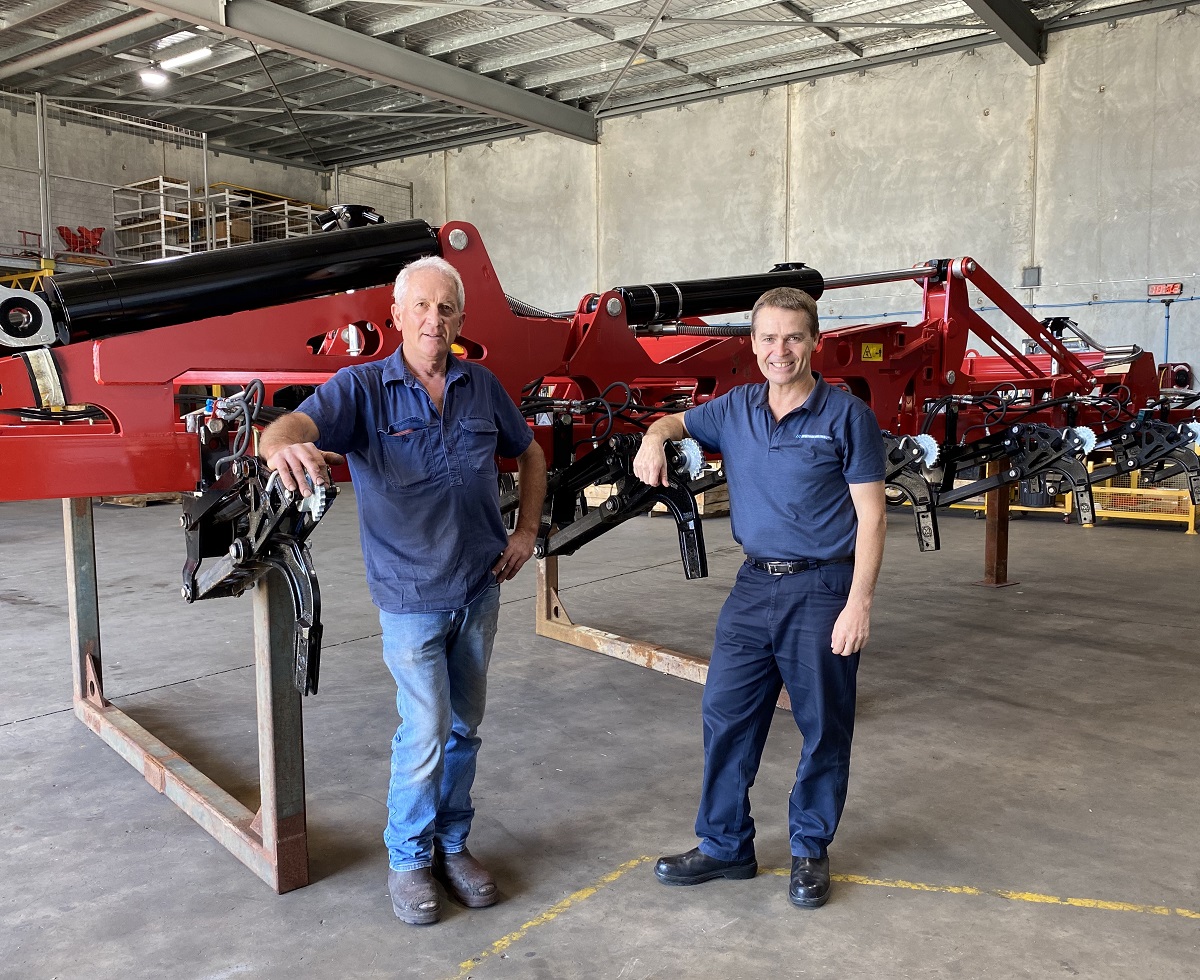 Throw in the fact that it includes another seeding breakthrough, variable pressure packing to create the most ideal seed germination environment possible (first seen on the Morris Quantum air drill), and it could be considered another revolution is just around the corner for broadacre crop seeding.

Some grain growers who already have heard about the new 80-foot (24-metre) and 90ft (27m) Morris C3 Contour drills, complete with upgraded frame, have called it a “logical refinement’’, combining the manufacturer’s popular C2 Contour drills with the technological advances of the Quantum.

The introduction of the 80ft and 90ft C3 Contour drills to the Morris precision tillage family complements the 40, 50, 60 and 70ft Quantum drills currently on the market.

Duncan said all were now delivered in a machine featuring Morris’ renowned parallel linkage with the 1:1 opener to packer ratio for precise depth control and ground following, and with the option of new single shoot, dual shoot and paired-row independent openers and a full selection of liquid system options.

“There has been significant development in hydraulic cycle times, in response to requests from local Australian farmers. We have also developed our own in-house testing facility, including undertaking engineering for tine and hose kit tests, to ensure Australian specifications and demands are met,’’ Duncan said.

He said new live hydraulics enabled Auto-Lift and Auto-Pack control technology, the latter providing the variable pressure packing that is also available with the Morris Quantum air drills, but which don’t offer the working widths of the C3 Contour drills.

“It’s a new technical attribute that progressive farmers are already adopting. Most have commented that nothing gets a crop out of the ground like it with virtually no moisture at all.’’

“Morris Auto-Pack enables you to create the most ideal seed germination environment. When dry sowing heavier country, you can be left with clods and poor seed-to-soil contact. Capillary action can draw moisture into the clod zone, but pockets of air can see it wastefully evaporate. Different packing pressures are required in different soil conditions and Auto-Pack achieves this.

“An owner driver sitting on the hydraulics all day can get good packing results, but this is not as achievable with inexperienced or untrained operators.

“The market loves Auto-Lift and Auto-Pack. If you are seeding an AB line and you go into a headland, it will automatically lift and you don’t have to touch anything. It’s just one less thing for the operator to do and it takes the strain off them, especially when it may be dusty or they’re tired and it’s the middle of the night. Unfortunately, AB lines have been done before where the bar hasn’t been put in the ground and the coverage map still shows it has been sown, but it’s all lying on top of the ground.’’

A notched cam-and-pin system with the Morris C3 Contour drill adjusts the depth at 6-millimetre intervals. The row unit features a depth shim system to allow deeper digging and/or seeding. A removable shim under the depth cam can also increase seeding depth by a further 25mm.

The high-end kits comprise extensive use of stainless steel, allowing the lowest levels of friction, thereby significantly reducing the energy requirement to move product through the system. Stainless steel also improves resistance to wear and corrosion.

The upright design also has allowed easier configuration with the bars.

“When bars fold over, you have to get the heads right. Some go up through the frame that folds on top of it, and you need to have high quality brackets to support the heads and risers’’ Duncan said.

“You have to be precise with the mounts too. We are going to fit the primary kits, including the heads and risers, at McIntosh Distribution, to ensure accuracy and to save dealers this job, which can be very time consuming. When they are sent out, the wings are folded on top of each other, so all the checks will be done at McIntosh Distribution.’’

“At the front, where most of the weight is when you are working, they will give very good floatation, especially on the sandplain, and at the rear there will be less susceptibility to sealing. Ribbed tyres are a greater risk of this, but lug tyres just fluff things up and reduce the risk of sealing,’’ Duncan said.