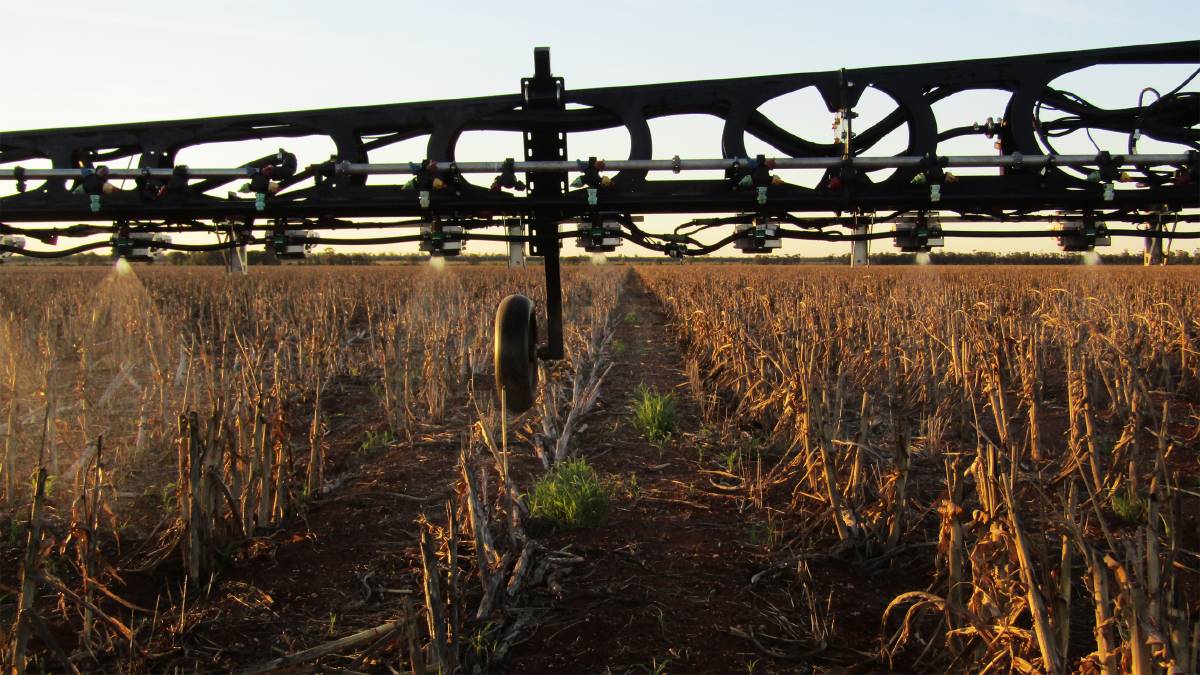 The WeedSeeker 2 sensors are 50 per cent lighter, helping to reduce the overall weight of the system on spray booms.

With manufacturing in China and the US affected by the pandemic and adverse weather events, this pressure on input prices is likely to continue.

"It has resulted in a supply/demand scenario that has caused a spike in prices, but growers have the ability to save on these rising chemical costs with spot spraying systems," Mr Jameson said.

"Any extra dollars per litre on chemical that growers are having to pay adds to the savings that can be achieved with spot sprayers."

McIntosh Distribution is the national dealer of the WeedSeeker 2 spot spraying system manufactured by Trimble.

"The interest is growing quickly," he said.

"Significant orders have been placed for regions in New South Wales, we have sold systems into Victoria and around the Dalby region in Queensland, and we are expecting more orders for the northern WA wheatbelt.

"We have been consistently quoting to WA growers and this is earlier than normal. Growers are not waiting for harvest before looking into it."

He said the wetter than normal forecasts ahead would present ideal conditions for summer weed growth that would need to be controlled as cost effectively as possible, particularly to help manage future weed populations.

Mr Jameson said the WeedSeeker 2 spot spray technology was now well proven and the number of units operating around Australia was "quite staggering".

"Most of those grower owners are now heading into their second season with the systems," he said.

Mr Jameson said the big attraction with the WeedSeeker 2 was its ability to be retrofitted to the suspended booms of most sprayers.

"The reduced weight of the compact WeedSeeker 2 sensors has seen growers put them on booms that the original WeedSeeker units would not have gone on," he said.

The WeedSeeker 2 sensors are 50 per cent lighter, helping to reduce the overall weight of the system on spray booms, while their spacing along booms has widened from 38 centimetres to 50cm, effectively reducing sensor numbers by 30pc.

Mr Jameson said ISOBUS compatibility, enabling the use of just one screen in the cab, and the auto-calibration feature with the intelligent, self-learning WeedSeeker 2 sensors were features being praised by growers.

Weed mapping, which pinpoints where and when weeds are treated in paddocks and, hence, can assist with herbicide resistance management, also is expected to be increasingly adopted once growers fine-tune their systems and weed management programs.

Mr Jameson said section control, which was another exclusive feature of the WeedSeeker 2 platform, had particularly impressed growers.

"They may be spraying only 10pc of the chemical they used before, but now they are saving even more by eliminating double applications with section control," he said.

"Preventing double rate applications can be important to avoid residual issues for following crops as well. Some of these issues have occurred when spot sprayers have targeted problem weeds in fallow situations. With nozzles that overlap, some areas can receive double and triple the rate if section control is not an option."