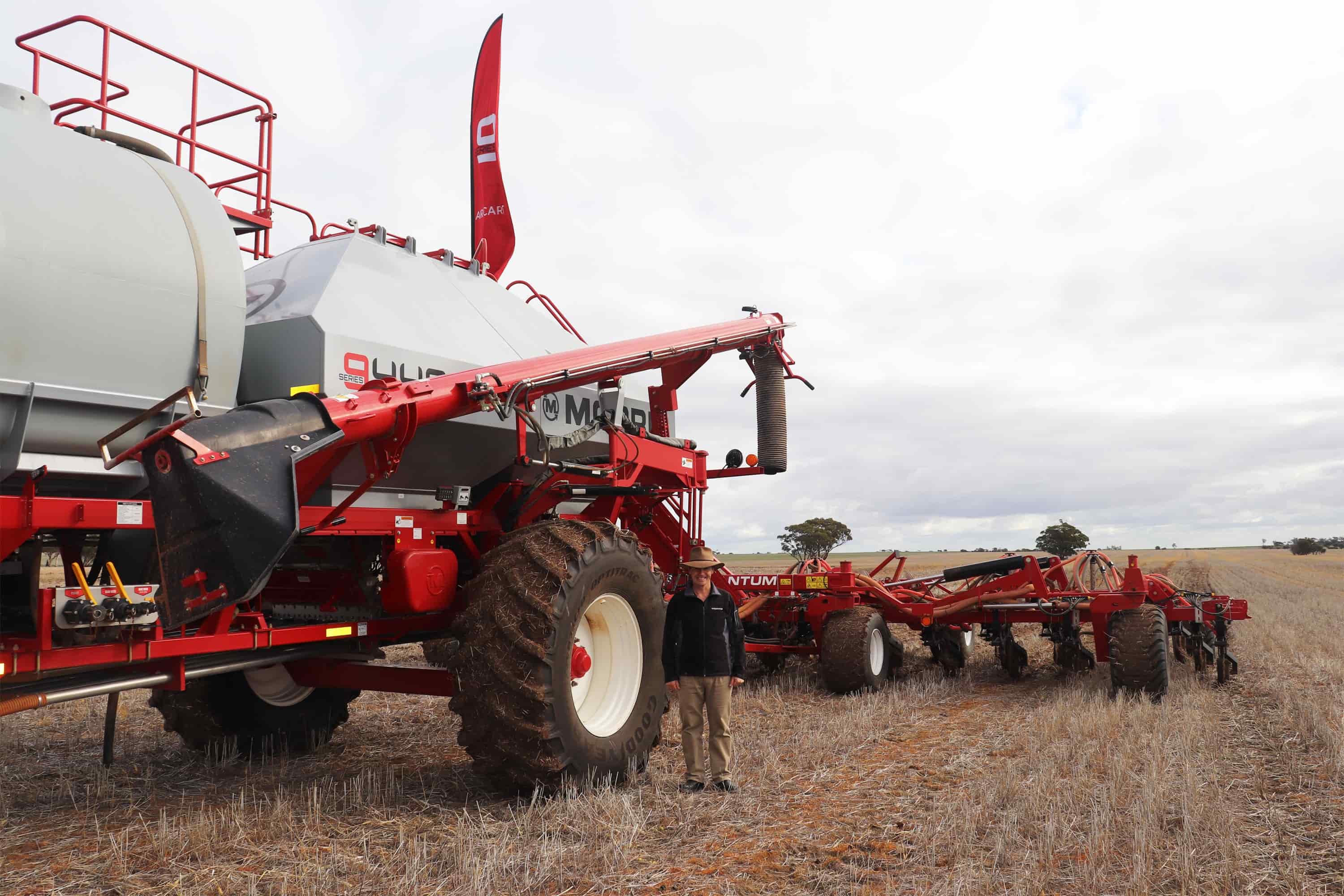 WITH a vast array of equipment on display the McIntosh & Son Merredin machinery field and demonstration day in Nungarin on Tuesday, June 22, truly had something for everyone including the Morris Seeding rig featuring 12m Quantum bar and 9 Series Aircart.

The Morris seeding rig was the final demo of the day.

“It is a precision seeder,” Mr Murdoch said.

“Morris is unique in that we have the ability to precisely place seed, granular fertiliser and liquid fertiliser.

A feature of the bar is Auto-Pack, where it maintains a consistent packing force across an entire paddock, regardless of soil type.

“The Auto-Lift function automatically lifts the tyres at the end of the AB line and then put them back into the ground as the machine approaches the next AB line,” Mr Murdoch said.

“This feature significantly reduces the strain on the operator, where most of the operator inputs are required at the end of the row.”

He said the Quantum air drill had developed a reputation for industry leading trash flow and flotation.

Coupled to the Quantum bar was the Morris 9445 Air Cart, with two 7788L granular tanks and a 7000L liquid tank in a tow between configuration. 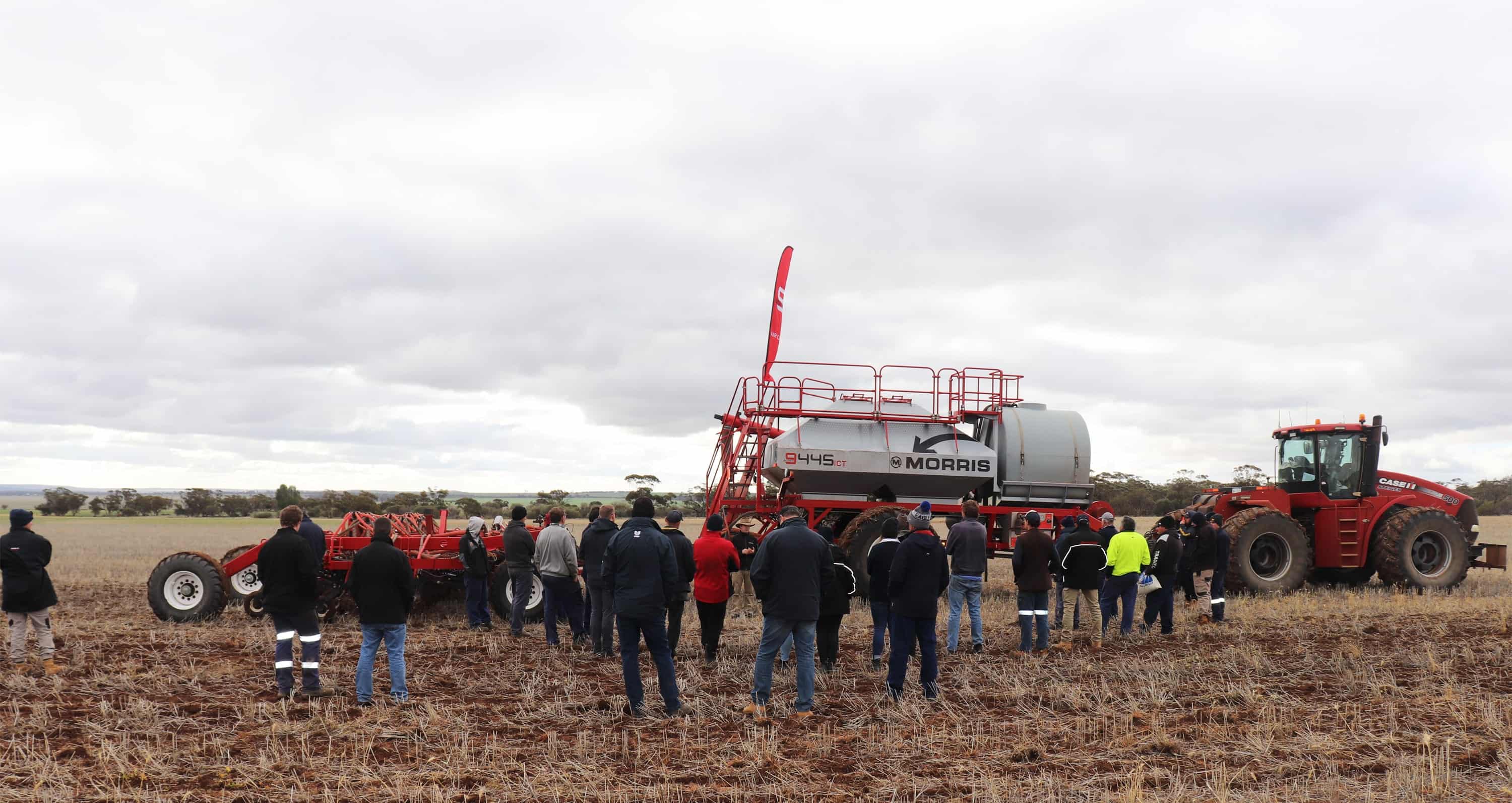 The popularity of the seeding rig and air cart demonstrations was undeniable.


Mr Murdoch said this was their most popular bin size and configuration, but Morris offered all their sizes in tow between and tow behind configurations.

“The Topcon X35 monitor has the ability to offer variable rate or sectional control on the Air Carts, as well as Auto-lift and Auto-pack on the Quantum bar.”

He said all new Morris Air Carts were optioned with liquid from 2021 and are fitted with the Liquid Systems Gen 5 console.

“This self-contained system enables full and variable rate or section control liquid and does not require a return tank,” Mr Murdoch said.

“This means that these Air Carts can now be fitted with Dosetrons, without diluting the main tank primary product.”