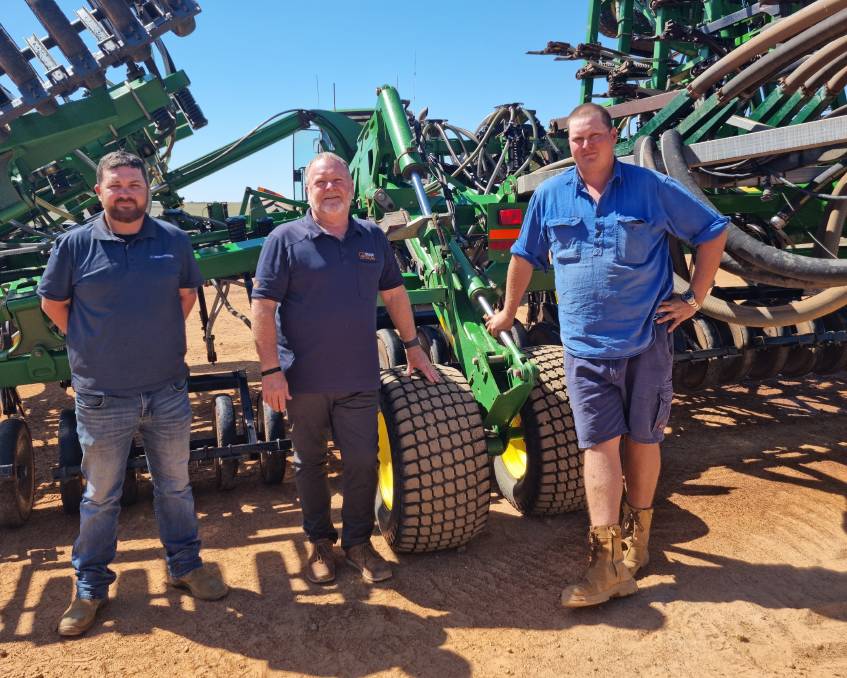 
YOU only have to do a quick calculation to be convinced of the value of a blockage monitoring system at seeding, according to McIntosh & Son.

That's what the Garratt family at Walkaway did to reinforce its investment in one of the latest blockage monitoring systems, particularly in the case of sowing canola at low rates.

"If you lose 10 hectares and factor a canola yield of 1.6 tonnes per hectare, that's 16 tonnes you are missing out on," Josh Garratt said.

Josh and his father, Bruce, crop 2500ha of their 'Our Brindabella' property to wheat, lupins and canola, while they also run 300 Dorper ewes and 200 Droughtmaster breeders crossed to Charolais bulls.

The rig is pulled by a John Deere 9460R tractor.

They use a simple, double shoot seeding boot configuration, placing fertiliser just below the seed.

Josh said their canola program comprised largely of genetically modified (GM) varieties sown at rates as low as 1.6-1.8kg/ha, which made it "too easy to miss a stuff-up''.

"Being so fine and at 1.6kg/ha, it's hard to pick it up when you are checking behind the seeder.''

The Garratts were previously using an old blockage monitoring system that could not detect the canola and so had since invested in the Intelligent Ag Recon Wireless Blockage and Flow Monitor from Farmscan. 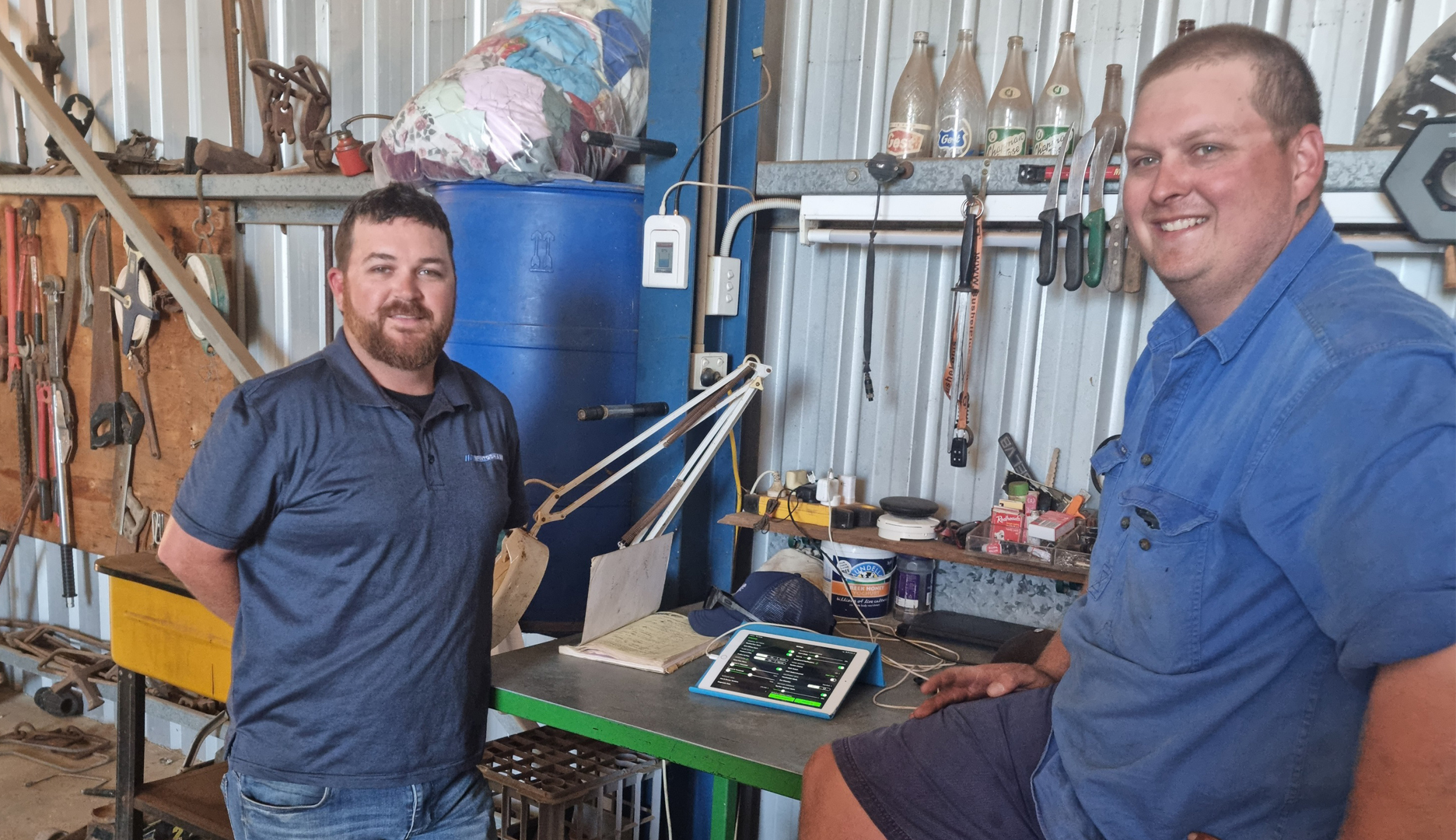 "We had a bit of a problem - a couple of heads where the seed was bouncing over the metering rollers, so there were a few strips in paddocks that we were not happy about,'' Josh said.

"It wasn't using a percussion plate like the latest system.

"Now, as the seed hits the plate, that's where you get audio to tell you the product is hitting it.

"At least with this system, you have a bit more trust in gear.''

"He uses YouTube as a research tool and I think it popped up on his feed,'' Josh joked.

"We looked at everything, but this system had a completely different idea.

"It was the only one that worked on an audio feed from the seed hitting the sensor.

"We wanted to try it and so we put it on every second tyne and straight away we could see that if we did have a problem, we could see exactly what tyne it was on.

"You could see that it was the number one head and which tyne and boot.

"It pinpoints exactly where the problem is, so then you can jump out, clear it and off you go.''

They had not encountered any problems with the Intelligent Ag Recon Wireless Blockage and Flow Monitor, with only an ECU requiring quick replacement.

However, the system had identified various blockages that were promptly rectified.

"We are quite pedantic - even if we see a single hose with no seed, it is annoying,'' Josh said.

"If we see it in the cab, we want to do something about it."

He said it also helped to prevent the possibility of considerable downtime at seeding.

"We had problems before where we had to re-seed a bit of country," he said.

"You can get over a few hectares, check manually and go 'oh no, we have got a problem here', and so then have to go over it.

"You have to reseed and you are covering the country again with diesel and man hours.'

"It's definitely a no-brainer.''

He said they were very impressed and also had received plenty of interest in the system from other growers, who were then quickly convinced of its benefits.

McIntosh & Son at Geraldton sales representative Michael Marwick said Farmscan's Wireless Blockage and Flow Monitor was an aftermarket monitoring system that could be fitted to any airseeder and also work in conjunction with Morris Input Control Technology (ICT) and other section control systems.

"It is a mass flow and acoustic monitor that can interpret seed and air flow inconsistencies on primary and secondary hoses, so you can manage exactly what is going on behind you,'' Mr Marwick said.

McIntosh & Son at Geraldton has an instore display highlighting how it works as a potential money saver for growers.

Together with Farmscan, the branch also offers various other products that provide excellent time saving benefits in farming operations.